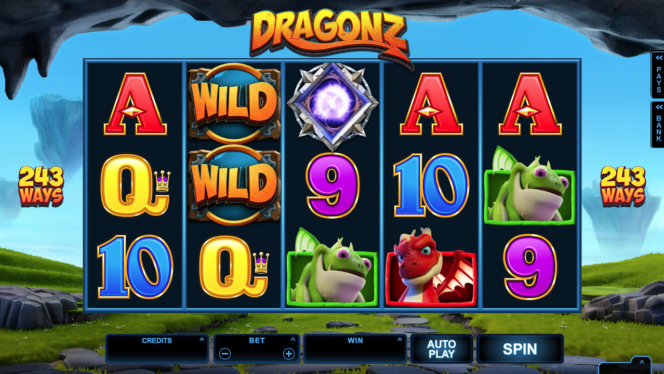 With four beautifully rendered dragons, the new Dragonz slot, with its immaculate 3D graphics, brings these four loveable characters to life. Each dragon has its own Free Spins round, randomly awarded for the first dozen times, after which players can select which round to play.

With so many features and stunning visuals, Dragonz is certainly a treat on the eyes and the fact that Microgaming have developed identifiable characters for each of the dragons in the game, really helps draw you in to their quest.

A medium variance slot, smaller wins occur frequently enough in the base game but there is always that chance of a big win, especially during free spins bonus rounds and with a sizeable jackpot to chase, the Dragonz slot is one you should definitely take a much closer look at.